Afghan women – the quintessence for peace 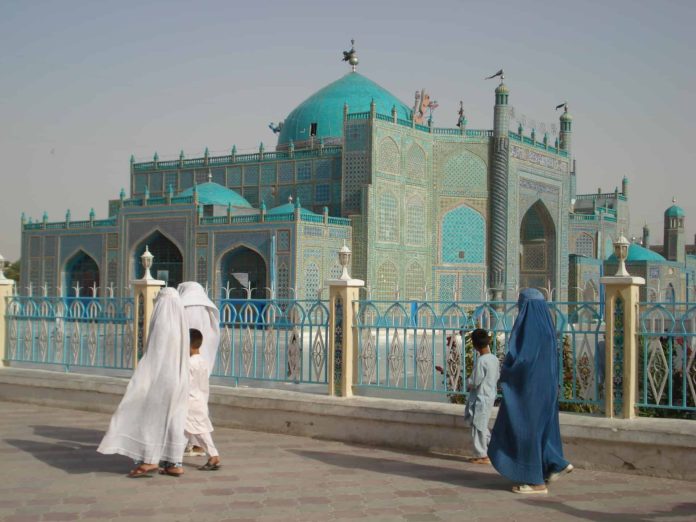 The current status of the Afghan Peace Process

The current Afghan Peace Process stems from the repeated efforts to end the US stalemate against Afghan insurgents (in this case the Taliban and their allies hosted in Pakistan) as a result of the war on terror. The most recent negotiation between the US and the Taliban started in 2017 and was formalized in 2018. The Taliban and the US government signed the Doha Agreement on 29 February 2020 and simultaneously signed a Joint Declaration between the governments of the Islamic Republic of Afghanistan and the United States. The agreements would set the basis for the intra-Afghan dialogue between the Afghan government and the Taliban in the hope to reach a political settlement and end four decades of conflict in Afghanistan.
The intra-Afghan negotiations commenced on 12 September 2020 in Doha. The initial phase of the negotiations lasted 85 days and focused on setting the agenda. The reason for the delay in starting the intra-Afghan negotiations was the release of 5,000 Taliban prisoners by the Afghan government.
While setting up the agenda, the negotiations were met with two major obstacles: first, the insistence of the Taliban on the singular religious jurisprudence that would ignore other communities in the Afghan society that are not following the same “fiqh” (religious jurisprudence). The second was the Taliban’s insistence on the Doha agreement to serve as the foundations of the intra-Afghan talks which was not acceptable to the Afghan government. Once the agenda of talks was finalized, both negotiation teams took a break: the Afghan government delegation returned to Kabul and the Taliban delegation returned to Pakistan. The time for recess was also viewed as an opportunity for consultation and observation of the new US administration’s influence on the direction of talks.
Upon return to Doha in January 2021, sources from the Afghan government confirmed that the Taliban had become more reluctant to negotiate and disregarded the pre-recess agreed agenda.
As of now, the intra-Afghan talks are halted, on 7 March 2021, the US Secretary of State, Mr. Blinken in a leaked letter to the Afghan President has asked for 90 days reduction in violence, a transitional government formed and an UN-led peace conference in Turkey attended by foreign ministers and envoys from Russia, China, Pakistan, Iran, India, and the US.  The decision regarding the draw-down of the US troops due in May 2021 is not yet finalized as per the letter. While the Doha agreement ended the violence against the US troops, however, for the Afghan civilians and armed forces, 2020 has been the deadliest. Attempts to obtain a ceasefire and establish trust in the peace process have failed. Farahnaz Forotan, a journalist and women’s rights activist promoting the My Redline campaign says, “that the current peace process has failed because bloodshed and violence have peaked while talks on real issues have not even started. Target killing of women activists and Afghans is to spread terror and mute the Afghans.” She adds, “the worsening security situation, yet again makes Afghan women the continued victims of the Afghan war, they have to lock themselves in the house, leave their jobs and education, silence their voices and protect their families. We are in midst of an ugly war with no peace prospect” (interview by the author).

Human Security and Women in Peace-making

There is a direct relationship between peaceful societies and gender equality. The authors of the book “Sex and World Peace” (2012) argue that inequalities and gender-based violence impact politics and security at the national and international levels. Hence suggesting that policymakers must integrate “…women’s security to fully address phenomena at the state and system levels.”
UN Resolution 1325 demands to include women’s full and equal participation as active members of society in peacebuilding. The Islamic Republic of Afghanistan through Open Government Partnership formed the Women Council for Peace comprised of Afghan women representatives from parliament, civil society, and ministers. Meanwhile, the Afghan Women’s Network (AWN) has founded an alliance of women for peace to highlight issues that need to be considered for the intra-Afghan negotiations. In February 2019, AWN developed a 6 points agenda for peace talks in Moscow. In 2020, The Afghan government also passed a Declaration in the women peace “jirga” (a traditional get-together amongst community leaders in Afghanistan) that serves as the redline for negotiations represented by the four women members of the negotiation team.
Success stories of women-led peace movements in Columbia and Liberia are encouraging signs that the international community must support Afghan women to create and hold a space of their own in resolving the Afghan conflict.

How can Afghan women be supported by Austria and the EU in their pursuit of peace?

There are only four women in the Afghan government’s negotiation team of 21 members in total and none in the Taliban, while under the Afghan Constitution, women have 25% rights of representation in the parliament. Additionally, the Afghan peace process including the intra-Afghan talks has lacked substantial space, conflict resolution instruments, and conditions to safeguard Afghan women’s interests in the talks.
Members of the AWN request Austria to advocate that foreign dignitaries from the EU, NATO, and other organizations that are involved in the Afghan Peace Process, must meet the AWN and the women alliance for peace during their visits to Kabul.
Hosna Jalil, the Deputy Minister of Women Affairs for Policy and Plan, in an interview with the author suggests that Austria and the international community can support Afghan women by i) pushing the Taliban to define their new Islamic lifestyle for women that they claim to be much better; ii) develop an information-sharing mechanism to keep Afghan women in the loop on the developments of the peace process and; iii) work together with Afghan women on a comprehensive women’s rights framework focusing on what rights, demands and needs are non-negotiable, negotiable and worth compromise.

The Women Leaders Peace Summit in Doha identified issues important to Afghan women and peace in Afghanistan, however, their voices are marginalized for being outnumbered in the negotiation team. Hence the discussions focus on power-sharing instead of being driven by issues central to peace such as transitional justices, space for the victims of the war to be present at the negotiations, democratic instruments guaranteed under the Afghan constitution, and human rights. Horia Mosadiq, a well-known Human Rights Activist in an exchange with the author recommends to Austria and the EU, “Afghan women are having several red lines including the fundamental rights and freedoms of Afghans under the constitution and the country’s obligation under the international conventions and treaties. These rights are included but are not limited to education, health, social, political, and economic rights. We want Austria and the EU as one of the largest donors to Afghanistan’s reconstruction and rehabilitation to ensure that there is no compromise on these rights in the peace talks. Additionally, make any financial and political support conditional to the protection of these rights.”
Austria has supported Afghanistan bilaterally with more than 10 million Euro since the Afghanistan conference in 2016 in Brussels – mainly through cooperation with international organizations – to improve the living conditions and perspectives of the Afghan people, especially of women and children. In November 2020 at the international Afghanistan conference in Geneva, where 70 countries and 30 organizations gathered, Austria expressed willingness to continue its support to Afghanistan.
Austria can advocate for increasing women’s representation in the Afghan negotiation teams. It can lobby the UN, NATO, EU members, and those involved in the Afghan peace process to engage robustly with the existing platforms for women such as the Afghan Women’s Network and the Alliance of Women for Peace.
A successful peace process must entail conflict resolution instruments such as a neutral mediator to undertake consultative processes amongst different stakeholders, and an independent monitoring and reporting mechanism to create transparency and accountability. Austria should advocate creating such instruments as well as a rights-based framework to support Afghan women in the intra-Afghan peace negotiations (14 March 2021).

This article was published in the VIDC online magazine Spotlight March 2021.

Fostering tolerance and trust can save Afghanistan