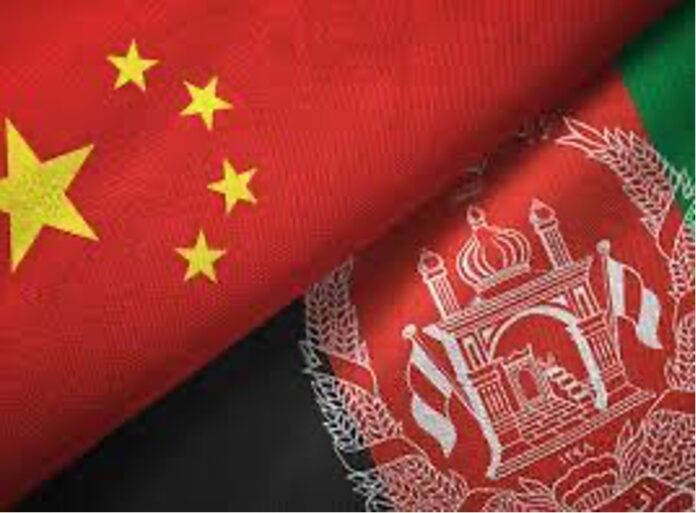 Both Pakistan and China are exploring the scope of third party participation in the multibillion-dollar China-Pakistan Economic Corridor (CPEC) infrastructure project. As a step in the direction, Pakistan has offered Taliban-led Afghanistan to join the CPEC in the recently held 3rd meeting of the CPEC Joint Working Group (JWG) on International Cooperation and Coordination (JWG-ICC). “In the context of regional connectivity, both sides exchanged their views in the JWG on the extension of CPEC to Afghanistan to promote economic development and prosperity”, China stated.

Pakistan is projecting the offer as a connectivity support to Afghanistan aimed at connecting Kabul with South Asia and Central Asian region to enhance Afghan exports at the time when the country is struggling hard for foreign exchange. But Islamabad’s main underlying agenda is to assert its economic dominance over Kabul in connivance with China and to exploit the precious natural resources of the country.

The two countries find it an opportune moment to exploit it for their strategic advantages as Afghanistan has plunged into economic crisis and international assistance to it has been cut off since takeover of Kabul by the Taliban a year ago due to lack of recognition of the government. In the disguise of helping the poor nation in managing its economy, both Islamabad and Beijing are all out to capture strategic space in the country and dent into the economic sovereignty of Afghan people. Islamabad also wants to use expansion of CPEC to Afghanistan as a way for revival of its own economy using its neighbourer’s resources.

Engaging Afghanistan as a third party in the CPEC could also absolve Pakistan and China from criticism regarding wielding political influence over a country in crisis without doing enough for restoration of a legitimate government and ensuring uninterrupted supply of essential goods to people. China has also been criticized for its intent to take advantage of lack of resources of poor countries for the development of infrastructure. If the same template is used by China, it would offer high cost loans to gain access to Afghanistan’s natural resources and assets. However, both of them want to hold control over this strategically important country under the guise of economic cooperation.

In recent days, there have been several instances involving mention of third-party inclusion in CPEC, attracting negative public comments. In view of criticism, China conveyed in the JWG to Pakistan authorities that both parties would refrain from unilateral release of information. Both countries decided that public announcements and formal outreach to prospective third party initiatives would be cleared first from the political point of view, before making them public. During the JWG meeting, the two sides also agreed to continue to deepen media cooperation and project CPEC positively to garner greater public support. Observers foresee both Pakistan and China indulging in false narrative on CPEC to attract Afghan’s political participation.

The whole idea in Pakistan’s hidden agenda for Afghan participation in CPEC is harnessing energy and other resources required for its own trade and industries. However, this would also serve Chinese purpose of accessing the Afghanistan’s huge wealth of unexploited natural resources, especially the rare earth elements.

Afghanistan is rich in resources like copper, gold, uranium, bauxite, coal, iron ore, rare earths, lithium, chromium, lead, zinc, etc. Returning to power in Afghanistan after a 20-year absence, the Taliban have regained control of natural resources which could be worth up to USD 1-3 trillion. An internal US Department of Defence memo in 2010 reportedly described Afghanistan as “the Saudi Arabia of lithium,” meaning it could be crucial for global supply of the metal.

Afghanistan holds 1.4 million tonnes of rare earth minerals, a group of 17 elements prized for their applications in consumer electronics, as well as in military equipment. China is strategically looking for access to these minerals in Afghanistan, taking advantage of the power vacuum created by the US withdrawal.

Pakistan is also getting disillusioned by the initial promises of CPEC as a game changer, which never ever fructified in approximately a decade of its implementation and which mostly catered to the Chinese interest. While Pakistan is passing through an economic crisis despite CPEC, China has ensured a foolproof access to energy from the Gulf States as well as a transport network connecting its Xinjiang province. Gwadar port, part of the project, will allow China to have a say in global energy economics as the country can use it as a naval base to hold control over the maritime traffic in West Asia. Pakistan has seen very slow progress in the CPEC projects, including upgrading the Karachi-Peshawar railway track. Some Pakistani politicians and experts are even demanding re-evaluation of the cost & feasibility of the projects.

The implementation of CPEC has sparked criticism, including that it burdens Pakistan with mountains of debt, allowing China to use ‘debt-trap diplomacy’ to gain access to strategic assets. A closer look at CPEC indicates that concerns around debt sustainability, tepid economic growth and overall economic and social instability in Pakistan are proving right.

Falling into the Chinese or Pakistani trap could have long-term ramifications for Afghanistan. China has no record of saving any economy from crisis while Pakistan lacks capacity to help. Chinese engagement had landed up Pakistan into crisis as it did in case of Sri Lanka.  Beijing is now Islamabad’s largest creditor, and Islamabad is close to a default. According to IMF, Pakistan external debt had ballooned to USD 90.12 billion, 27.4% of which owing to China.  In June 2013, Pakistan’s total public and publicly guaranteed external debt stood at USD 44.35 billion, with China’s share of just 9.3%. Afghanistan is in crisis. It should try to avoid allurements and find rational solutions to its economic and political woes. Joining CPEC may further isolate it from international community.