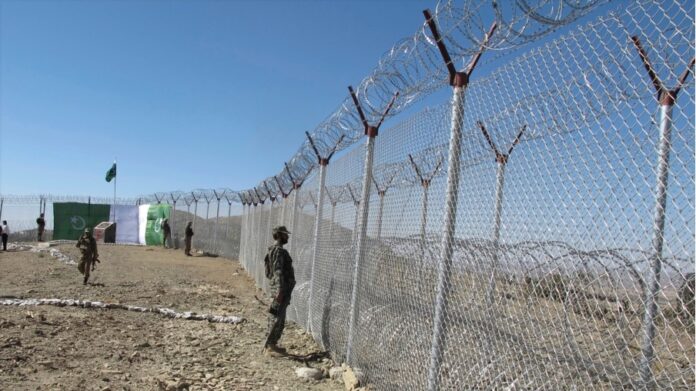 The jubilant mood in Pakistan over the US troop pull-out from Afghanistan did not last long and rather has turned morose within a year. The relations between the governments as well as the people of both South Asian neighbours have soured to an unprecedented level. It can be seen through cricket fans clashing in Sharjah, bloody fights between security forces and leaders taking pot-shots at each other. Despite Pakistan appearing to be playing a crucial role in the return of the Taliban, the new government in Kabul has been blaming Islamabad and its military for creating problems for Afghanistan.

When the Taliban forces were capturing Kabul and the US military forces were leaving Afghanistan, former Prime Minister of Pakistan Imran Khan said Afghans had broken the “shackles of slavery” and Pakistani people even celebrated on the street, seeing it as a victory of Islam brotherhood while a defeat for archival India. However, the Afghan population remained wary of Pakistan, as the general opinion in the country holds Islamabad responsible for its past agonies. Things have continued to deteriorate.

During the recent cricket match between Pakistan and Afghanistan in the Asia Cup, 2022, cricket fans from both countries clashed and damaged the Sharjah cricket stadium. According to Pakistani legislator Mohsin Dawar, Afghans got angry after Pakistani cricket fans hurled racist abuses at them. So, when Pakistan lost to Sri Lanka in the finals, Afghanistan saw celebrations on the streets.

“Pakistan’s decades-old strategic depth policy and interventionist misadventures in Afghanistan are why Afghans have a problem with Pakistan,” Dawar said. Though Afghanistan has lost their matches with India and Sri Lanka, there were no such clashes indicating clearly the growing anger amongst the Afghans against Pakistanis.

The origin of mistrust between two Muslim-dominated countries is found in the conflict over the Durand line that separates them and atrocities in Pakistan-held Pashtunistan. This has caused both countries to embroil in bloody clashes. This has rather escalated since the re-return of the Taliban. Many in Afghanistan believed that Islamabad helped the Taliban in fighting the US forces and subsequently overthrowing the previous democratically elected government in Kabul.

“I can say openly to Afghans that this war, it isn’t between Taliban and the Afghan Government. It is Pakistan’s war against the Afghan nation,” Islamil Khan, an Afghan warlord, had said.

Faiz Hameed, former chief of Pakistan spy agency ISI, landed in Kabul to congratulate the new Taliban regime and expressed “peace and stability” in the region. However, the signs of cracks in the relations started emerging soon. Both countries have been fighting each other over claims on the international border and providing safe havens to terrorists.

Afghanistan has raised objections to Pakistan unilaterally fencing the international border when differences related to the Durand line are not sorted out yet. Many have died in firings from both sides. Recently, several from both sides were killed after Pakistan tried to raise military structures on the border. Pakistan military has maintained that the fence on the Durand Line will be completed, saying “the blood of our martyrs was spilled” for erecting it. This means tensions will keep simmering between the two countries.

Pakistan has long been accused of being the hub of global terrorism. Many security experts held Pakistan responsible for keeping the Taliban alive despite the US spending two decades to finish the militant force off. In the process, Pakistan’s northwest areas became the stronghold of Taliban-supported outfits. As the bilateral relations between the two neighbours have taken a bad turn, Islamabad is getting concerned about the rise of the Pakistan Taliban. It has led Pakistan to carry out airstrikes on the Taliban stronghold and Afghanistan’s soil.

“Terrorists are using Afghan soil with impunity to carry out activities inside Pakistan,” Pakistan’s foreign office had said in April this year. The Taliban regime has already blamed Pakistan for allowing US drones on its airspace to access Afghanistan.

Even at ground level, emotions among people of these countries have negative impact towards each other. When Kabul fell to the Taliban, many in Pakistan cheered and saw it as an opportunity to strengthen relations between the two Muslim countries. However, relations took a nasty turn. Now, both countries are exchanging barbs over the presence of Jaish-e-Muhammed (JeM) chief and UN-proscribed terrorist Masood Azhar, which has become crucial for Pakistan to exit from the grey list of the Financial Action Task Force (FATF). These are nothing but reflection of the growing animosity between both countries. Pakistan’s long-term policy of having a pro-Islamabad regime in Kabul appears to have failed, giving Afghanistan and Afghan people a ray of hope.