From Austria to Afghanistan Forced return and a new migration cycle 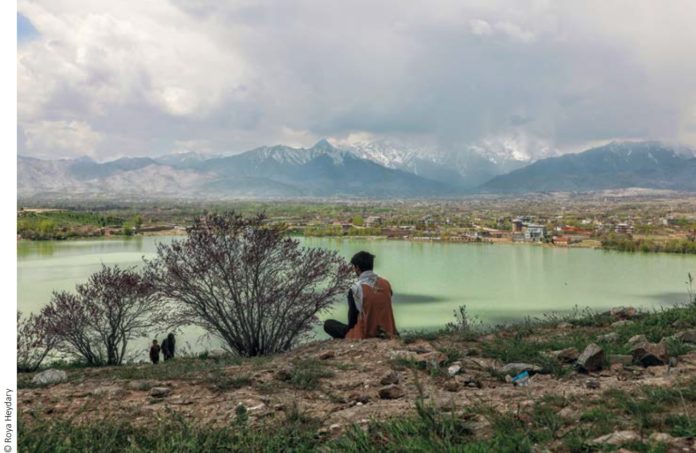 Information on what happens to Afghans who returned to Afghanistan from Austria, especially since the so-called ‘refugee crisis’ of 2015, is sparse and scattered. In particular, no research has been conducted, except for some scattered media reports, on the return of Afghans by Austria to Afghanistan and, thus, to dan- ger. While there are a scarcity of data on returnees in general, data on female returnees are even harder to obtain. During the research for this study, various sources in Afghanistan and Austria provided contacts of potential returnees. However, the returnees were all male. No female returnee from Austria could be identified. The attempt to recruit female returnees was unsuccess- ful due to the ‘hidden’ nature of this population. For this study, a total of 16 semi-structured interviews were carried out with the Afghan males who lived in Austria for a number of years, and were returned to Afghanistan either ‘voluntarily’ (three of the interviewees) or through forceful removal (13 of the interviewees).

The results of semi-structured interviews illustrate the risks and challenges that Afghan returnees face in Afghanistan upon their return. The results indicate that personal safety and security remains the top challenge for returnees, regardless of the nature of their return. The returnees were fearful of being a target of random suicide bombing, Taliban raids or being kidnapped by a criminal gang. They were also worried about becoming a subject of a targeted assassination, a phenomenon that increased throughout 2020.

Economically, many of the respondents were situated in a worse situation than prior to their flight to Austria. They were unable to establish themselves economically in Austria, due to the restricted work rights during the lengthy asylum procedure. They were, thus, forced to return empty-handed. The findings of the interviews reveal that, in their absence, the returnees lost their social network and their local communities completely changed. Stigmatization was also the most difficult social and psychological phenomenon among returnees. They were labelled as ‘losers’, ‘criminals’ or ‘Westernized’. Life in Austria damaged the relationships between the returnees and their local communities. The latter being suspicious of the returnees’ return and accusing them of bringing a foreign culture, of converting to Christianity and of attempting to convert people to Christianity.

In addition to the difficulties faced by the returnees in Afghanistan, the nature of their return can impact their potential re-migration. George Gmelch defined the term voluntary ‘return migration’ as referring to “the movement of emigrants back to their homeland to resettle”. Voluntary return, therefore, is seen by migration scholars as the final stage of a migration process. However, return could also be a stage in the migration cycle. This is particularly the case if the return is against the returnee’s will that is, the return is involuntary. Many migrants are forced to return to their country of origin involuntarily, without necessarily being forcefully expelled. This is often the case where the decision to return is coerced, or not based on a free and informed choice. Consequently, there are various debates on whether involuntary return is a ‘durable solution’.

According to Gmelch (1980), involuntary returnees are ill-prepared for their return. The ‘home’ reality for such returnees is complex and their communities of origin have changed dramatically in their absence. The returnees and home communities no longer share many of the basic notions that underlie their traditional culture. The returnees’ friends and relatives do not share the same interests and have developed new friendships in their absence. This is the case for many of involuntary Afghan returnees from Austria. The sit- uation is greatly exacerbated where the ‘returnees’ were not born or did not grow up in Afghanistan, but, for instance, in Iran or Pakistan. Consequently, in cases of involuntary return, return migration does not mean ‘going home’. These and other factors, such as worries about security and safety, are likely to force returnees to leave the country again. More than half of the respondents had already attempted to re-migrate.

Walking Towards Black Hole: Women Lives Under the Taliban

Fallout of negotiating with Terrorists: TTP reverses its demand in Taliban brokered ceasefire

Walking Towards Black Hole: Women Lives Under the Taliban

Fallout of negotiating with Terrorists: TTP reverses its demand in Taliban brokered ceasefire