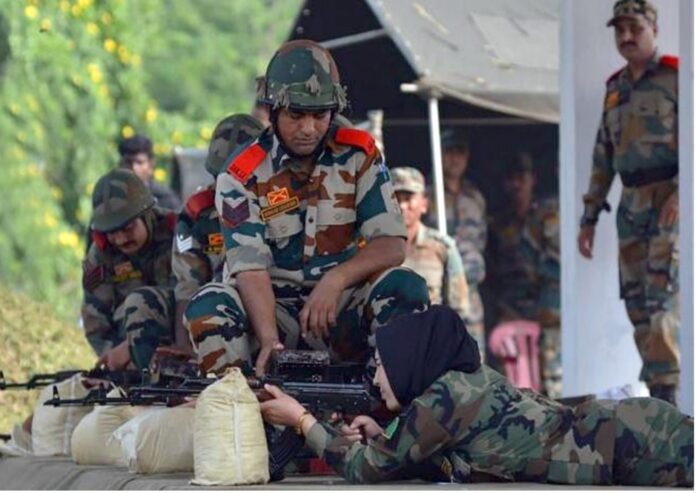 India has cautiously returned to Afghanistan to help the 10-month-old Taliban regime, but the military boots are those of two dozen young Afghan cadets that were trained at the Indian Military Academy, Dehradun. This was done in June, and formalised on July 28, after months of anxious wait by the youths, sent by the previous government for training, who apprehended problems on return. Instead, weeks of New Delhi-Kabul diplomacy ensured that they were ceremonially welcomed by the Taliban.

The Afghan cadets finally returned “after assurances of safety and employment from the Afghan Minister of Defence on 28.07.22,” Taliban-led Defence Ministry said in a statement.

Both countries are working on a simple logic. The Taliban sorely need trained soldiers to form the nucleus of a new national army that must fill in the vacuum created by the dispersal of the earlier one. Ever since the Taliban came to power in Afghanistan last year, the Afghan National Army has ceased to exist, erasing hopes of any such training possibilities for Afghan cadets in future.

India had a role in training the earlier force as well and it actually resumes a task that it performed ever since Afghanistan was a monarchy. This resumption was facilitated by the Taliban government’s assurance, also stressing on their own need for trained Afghan youths needed to fight off challenges, especially from the Islamic State Khorasan Province (ISKP). India cannot disregard the assessment that the ISKP, like the Afghan Taliban earlier, has links with Pakistan’s Inter-Services Intelligence (ISI). It is evidently in a diplomatic/military territory where its presence is being tested.

With this, India has made gingerly moves to know and cooperate with a regime that, like the rest of the world community, it does not fully trust. In theory, the Taliban, returning to Kabul backed by a Pakistan that is hostile to India, would remain heavily dependent upon their eastern neighbour, with known pro-Pakistan elements holding key positions in the Taliban regime.

This is India’s foot in the door, to make the regime less dependent in a key area. The Afghan Defence Minister, Mullah Mohammed Yaqub has formally asked for India’s cooperation. An Indian team led by J P Singh, in charge of the Afghan Desk at the Ministry of External Affairs, laid the ground by visiting Kabul and being assured of fullest cooperation by Acting Foreign Minister Ameer Khan Muttaqi and his deputy, Sher Mohammed Abbas Stanakzai. The latter, incidentally, was himself trained at the IMA, Dehradun, back in the early 1980s. Whatever his present political and ideological pursuits, Indians hope, he is likely to have a favourable view of India and its role in his country.

The Taliban security guards fought off an attack by the ISKP on the Kabul gurdwara. This makes the new development significant. It is a sign that the Taliban wants India back in Kabul, but also that they are keen to re-establish normality in Afghanistan after 20 years of war.

On their part, the Taliban, showed their good faith by providing the Indian team access to the Indian Embassy in Kabul that had been well-guarded and kept in good shape through months of turmoil.

The new Indian move has the support of Shashi Tharoor, a lawmaker belonging to the opposition Congress party. A veteran in diplomacy, Tharoor has pointed out (Afghan Catch-22 for Indian Diplomats, Manorama Online, July 15, 2022) that the alternative for India is to face ISKP as the Taliban may be “the last bulwark against the ISKP” after the latter’s determination of removing all remaining Hindus and Sikhs from the Afghan soil.

By all present indications, India is unlikely to resume formal diplomatic ties with the Kabul regime, but be of all possible help, like the assistance – medicine and wheat among them – rushed during the recent earthquake. India has been among the first, and among the few, who have responded to Kabul’s SOS.

Afghanistan observers say it may be some time before Kabul and New Delhi — and the rest of the world community – begin working together. While the world is focussed on the pandemic, the United States and Europe in the conflict in Ukraine and the Middle East in its own turmoil, this is India’s opportunity to step into an area of cooperation, although that remains dicey. After all, the Taliban have yet to show evidence of not being politically and ideologically dependent upon Pakistan and that the ISKP has hostile intentions on India.