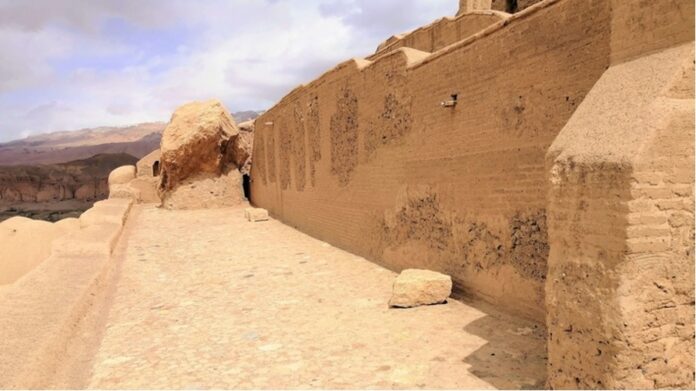 Afghanistan, often referred to as the heart of Asia, is endowed with great cultural heritage. However, centuries of upheavals in the form of political instability and violence did not allow it to reflect upon this enormous asset and experience its vastness. An important pillar of this heritage is Buddhism which was a major influence here before 10thcentury. In Afghanistan, Buddhist cave temples are concentrated in three regions: Jalalabad, Haibak and Bamiyan. Among them, Bamiyan valley in central Afghanistan is best known as the home to sixth century Bamiyan Buddha statues which were destroyed in 2001 by the Taliban regime. It was a monumental pair (standing 55 & 37 meters) of Shakyamuni Buddha, carved into the side of a cliff in the valley. The destruction was a colossal loss of the ancient archaeological and cultural legacy for the country and the Buddhist world. The archaeological remains of the Bamiyan Valley represent the artistic and religious features of the Gandhara school of Buddhist art.

Though most of the cultural signs have been ruined by centuries of turmoil, the survived ones indicate the vast spread of Buddhism enjoyed in the region at one point of time. The Bamiyan site was put under the endangered sites list after the destruction of the statues which led to a considerable boom in tourism. There have also been efforts to restore the figures by professional organizations working under international cooperation. However, all these efforts were not enough to stop the gradual damage to the heritage which is taking place for years in the form of smuggling of ancient idols and other artifact. The smuggling is done by a global racket of smugglers who are facilitated by local Afghan officials. A major support to the crime is provided by actors working from the territory of neighboring Pakistan. It is an open secret that many ancient Afghan scriptures/idols have found their way into international grey market through Pakistan.

A heritage and cultural organization of Italy named LaGeS (Laboratoria di Geografia Sociale) which is working for restoration of Buddha statues with UNESCO and Italian Ministry of Culture in Bamiyan is facing problems due to this racket. Some officials of the Italian agency blame this on the continued operation of smuggling agents from Pakistan. These agents work near historical sites in the guise of journalists, archeologists, researchers and representatives of UNESCO/UN bodies. Some of them are even believed to be state officials from Pakistan including those of its intelligence agencies. They provide information about the presence of ancient scriptures at different sites to their Pakistani handlers who then arrange their theft and transportation to Peshawar in Pakistan. From there, these items are sent to Lahore before being finally sold in international grey market. Aggravated by the obstruction of its work by these elements, LaGeS has reportedly requested UNESCO to avoid employing Pakistanis for the ongoing project arguing that they have damaged the very cause of the Bamiyan project.

Pakistan which has never allowed peace and prosperity to make inroads into Afghanistan to fulfill its strategic aims does not spare a change to hit the country. Though robbing the cultural heritage of the country may not be a major instrument towards this end, it has made huge damage in the long term.

Note:The contents of the article are of sole responsibility of the author. Afghan Diaspora Network will not be responsible for any inaccurate or incorrect statement in the article.