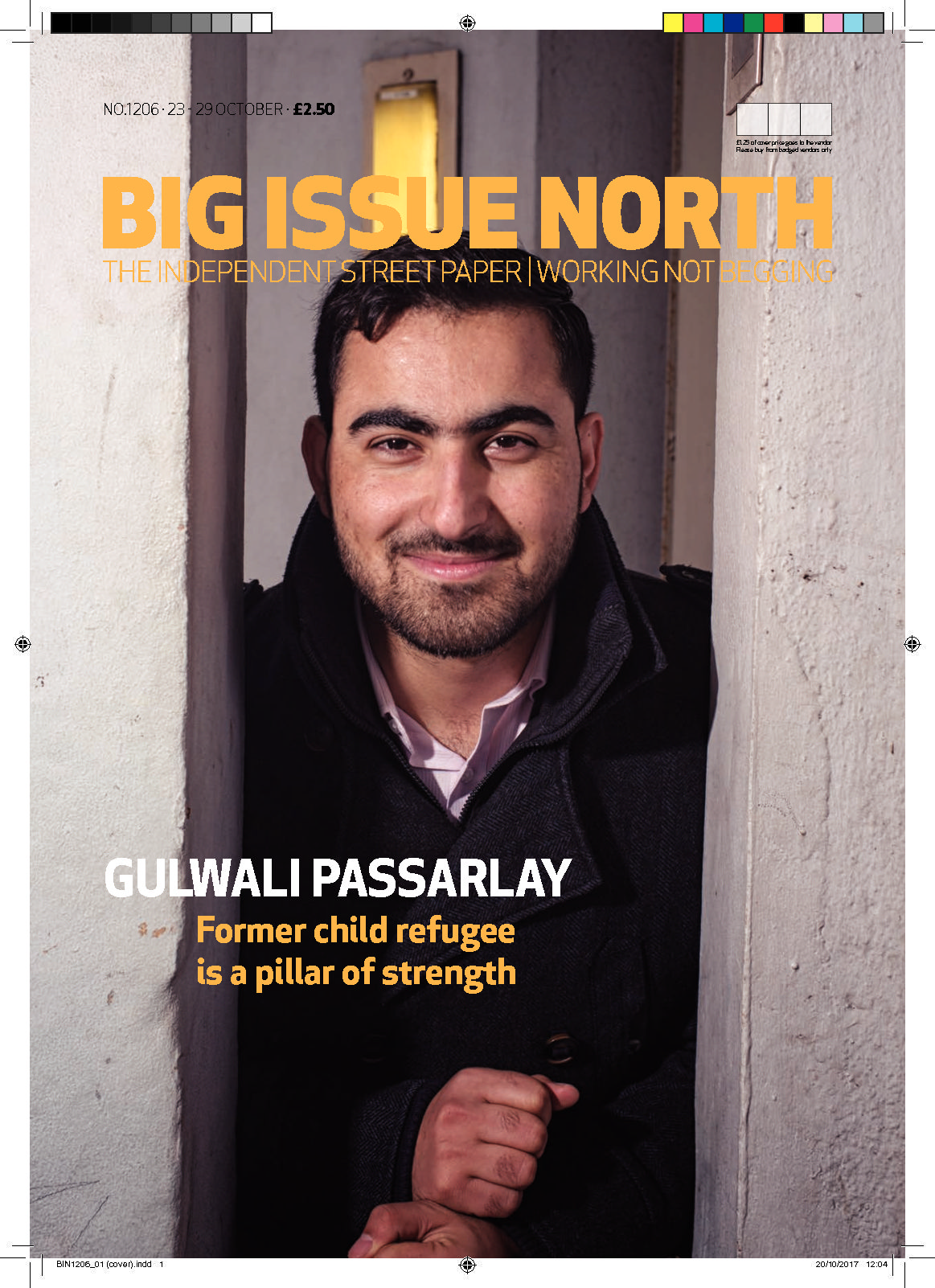 Gulwali Passarlay is as determined and inspiring as he is humble. Forced to flee his affluent Pashtun home in Afghanistan when he was just 12 years old, Gulwali has faced imprisonment, discrimination and loss on an unprecedented scale – but he has managed to find opportunities, and strength, in the wake of these challenges. Recognising that he is one of many people who have faced a perilous journey in their search for safety, Gulwali draws on his own experiences to fervently advocate for the rights of newly arrived people in the UK. Since arriving in the UK, Gulwali has won 11 awards, completed a Masters degree, set up a charity, and written a book that is now published in six languages. It is indisputable that Gulwali has achieved beyond all odds to inform, inspire and empower others to improve the rights of people fleeing war, persecution or natural disaster.

Gulwali’s adolescent years were marked by conflict, loss and destruction, as his home town in Nanghahar province, eastern Afghanistan, was transformed into a war zone following the US invasion of Afghanistan in 2001. After the death of his loved ones at the hands of US armed forces, the Taliban unsuccessfully attempted to recruit him and his older brother, Hazrat, as suicide bombers, while the government vied for them to become informants. Gulwali was just 12 years old when his mother decided that her only option was to force him and his brother to flee the country. In the journey that followed, Gulwali faced what he called the ultimate ‘snakes and ladders’ experience, as he travelled through 10 countries, was separated from his brother, sent to jail on three separate occasions, escaped from an Iranian prison and narrowly avoided death, and attempted to board a lorry in Calais over 100 times, before eventually crossing the channel in a refrigerator truck of bananas aged just 13 years old.

Once he arrived in England, he realised that his struggle was far from over. Instead, he was faced with a new form of hostility – the UK asylum system. It took Gulwali two years to convince social services of his true age and Home Office of his nationality, who believed that he was 16 and a half years old, and ‘too smart to be 13 years old’. The Home Office has to grant you status and social services has to put you in school, foster care and give you the legal rights of a child if you are under 16. As Gulwali explains, “The [asylum] system sees you as a criminal, as a liar, as a suspect rather than giving you the benefit of a doubt.” And so, 13-year-old Gulwali was brandished a liar, placed in an independent living centre with adult asylum seekers, and told he would be deported back to Afghanistan. However, some luck finally found Gulwali, when he was serendipitously reunited with his older brother on a trip to London. Soon after, he moved up to Bolton to be near his brother, where he found a pupil referral unit for migrant children, The Starting Point Centre for International New Arrivals, and a head teacher whose few small words changed his life – she told him that she believed him. With the support of his brother, the staff at Starting Point, and a home with loving foster parents, Gulwali was eventually able to return to education and pursue his dreams. At Starting Point and his subsequent school, Essa Academy, it wasn’t long before he became an active and indispensable member of his school and local community, championing the rights of young people and working with other schools in the area to establish procedures for welcoming new arrivals. Meanwhile, he achieved an outstanding 8 GCSEs in just two years. Since then, Gulwali has gone from strength to strength; from being recognised for his outstanding contribution to college life in the Bolton Sixth Form College Excellence Award, to being named ‘the UK’s most remarkable student’ while completing his BA in Politics at the University of Manchester.

“I have been changed forever by what I have witnessed. But after all my awful experiences, I don’t want to waste a single second. I came here and I want to make a difference. I don’t just take. I give back.” Today, Gulwali is a sought-after public speaker and author, who travels the world as an advocate and ambassador for a range of social justice issues and causes – in the last four years alone he has delivered over 300 talks at literary festivals, conferences, Schools and universities. He was nominated for the 2016 Nansen Refugee Award by the UNHCR, and an award has been created in his honour at his former school, given to students at Essa Academy for overcoming adversities. Meanwhile, Gulwali still finds the time to work closely with local communities to ensure young, newly arrived asylum seekers and refugees find the support they need. In 2018, Gulwali co-founded ‘My Bright Kite’ CIC to empower refugee youth and create awareness about the challenges asylum seekers and refugees face in their host society. Among his many successes and achievements, Gulwali has learnt that, “life is a struggle and our success and achievements don’t define us. What matters is helping and supporting those in need, and not standing by when injustice is taking place.”

For more details about Passarlay’s books and his personal story, click here: